This year’s theme “Museums as Cultural Hubs: The future of tradition” reflects the current heart of concerns of society.

“museums as cultural hubs”, museum serves as a special space, a space that collects artifacts, art pieces and other objects that represent the human history as well as human intelligence. It is also a space for people gathering, immersing themselves into the long river of history to learn from the past and to exchange thoughts and ideas.

What is tradition, what is the future of tradition?

In my idea tradition is a very broad concept and vary from person to person, people could have different kinds of traditions in their mind due to different cultural backgrounds, and even family statuses. Tradition could be something prevalent that everyone exercises, tradition could also be something that is fading away and only few people striving to keep it alive. The future of those traditions that are fading away. Should they be eliminated by time and eventually be tradition no more? Or should they be salvaged and be recognized as tradition of the current society again?

Nevertheless, museums should take a step further. Museum should not only be the place to display the pieces. More importantly, it should be more proactive and take the lead in preserving the history and tradition by engaging and educating people via different kinds of activities that people can get chance to learn actively.

Nine paintings and eight sculptures encompass the Kunstforeningen GL STRAND’s newest exhibition on the third floor, Driving Home for Christmas, a solo exhibition of Danish contemporary artist Asger Harbou Gjerdevik. Asger Gjerdevik (b.1986) graduated from Central Saint Martins in London, and in 2017 he took a master’s degree in art at Royal College of Art in London.

As the title implied, the idea for the exhibition came from the time when he was driving his car back home to Copenhagen from London for Christmas in 2018. The 30-year-old silver-gray Volvo 240 was inherited from his father, and he decided to take the car back to his studio in Copenhagen- take the car apart, deconstruct it, and give it new meaning and new life as material for the series of new sculptures displayed in the exhibition.

In this elongated exhibition space, the sculptures made of some parts of his car are positioned and spread out in the middle of the room. The positions of sculptures are related to the car’s original functional circuit. Asger Gjerdevik chose the gear stick, glove compartment, seat, CD player, wheel, bonnet and some other parts to be the main subject matter for the sculptures. Plus, nine paintings hanging on the walls attract viewers’ attention. Each painting is independent, as they each has its own meaning, but they are also related to each other. Together with the sculptures, objects create a holistic view for the general atmosphere. The paintings can be perceived as the different scenes from outside of the car windows.

Asger Gjerdevik manipulates aspects of space and creates a sense of complexity of spatial imagination by combing the three-dimensional sculptures and two-dimensional paintings. Even within each painting, multiple layers of different materials and different subject matter give the painting more depth and space. Visitors can fully immerse into the world the artist creates. Wandering around/in the stretched-out car, looking outside from the window, feeling the speed and movement the exhibition brings.

Movement is one of the core themes the exhibition shown. From both sculptures and paintings, I can feel a strong sense of motion. The elongated car represented by the sculptures stretches out to fill the space which create an exciting feeling as if the car is moving very fast on the motorway. Some elements on the paintings also indicate the movement. For example, on the first painting to the left, there are some thick yet bright brushworks in the middle of the painting directing from bottom left towards top right which create the flow of movement. The lines drag viewers’ attraction to the next painting to the right as well. In addition, some smooth, arc-ish lines on the top layer also show the free flow and create the feeling of motion.

Furthermore, Asger Gjerdevik applies the rhythm of art and he experimented to play around with his subject matter in his paintings. Specifically, the use of repetition of certain pattern, shape and other visual elements can be easily detected both within each painting and in different paintings. For example, on one of the paintings, there are 11 palettes are exactly the same pattern but with different colors, and the last palette is horizontally flipped from the rest which create variety. Viewers can also easily realize the fact that same subject matters appear in different paintings. The motif of revolving door appears in two paintings; some women figures appear in almost all the paintings. Even though similar or exactly the same objects hold symbolic value, the meaning can be very different when apply to different scenes. To be noticed, one of the revolving doors is on the painting hung on the front wall. It could represent the artist’s house, as he was driving towards his home. The other revolving door could represent something else, as the doors were painted with different colors, it could represent something the artist saw on the way home, or something the artist experienced over the year.

The small number of artworks in this pleasantly brief exhibit allows visitors to read the artworks carefully. The balance between the elements that are easy for visitors to decode and recognize and others that are relatively more abstract and obscurer for people to understand makes the artwork more interesting to look at. 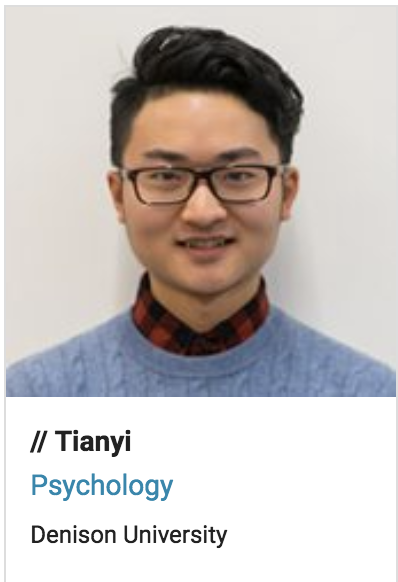 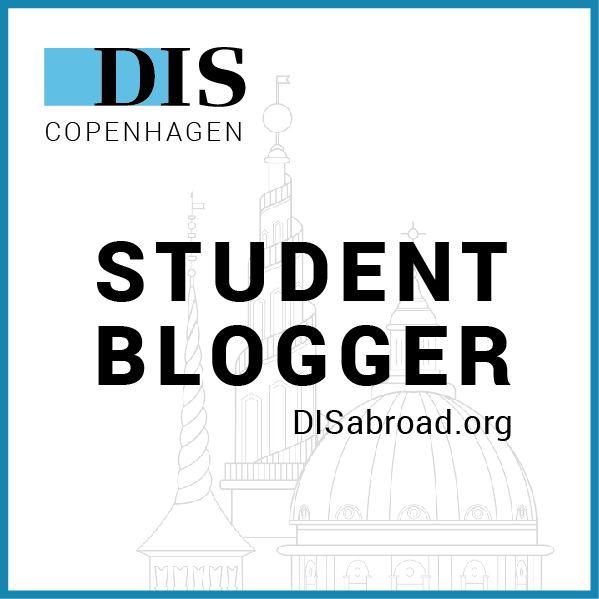 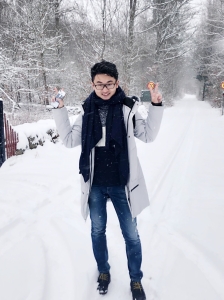